When it comes to losing weight, dieters may have to cut out items from their diet – one of those being sugar. Excess sugar can lead to weight gain and it is also a contributing factor to chronic health conditions, including obesity, heart disease and diabetes. Therefore most slimmers like to ditch the sweet treat completely when dieting, and they can miss out on some of their favourites like chocolate. Until now that is, with Cadbury’s Dairy Milk releasing a ‘diet style’ chocolate.

Dairy Milk launch ‘diet chocolate bar’ for slimmers with 30 per cent less sugar – what’s it like?

The new chocolate bar will be similar to the trade mark Dairy Milk bar, however, it will contain 30 per cent less sugar, making it suitable for slimmers.

Glenn Caton, Mondelez International president for Northern Europe, described the new bar as the “most significant innovation in the brand’s history.”

It come after three years of the company working on a recipe, as they wanted to reduce the sugar content, but avoid using any artificial sweeteners.

Insisting the new product is just as tasty as the original, brand manager Katrina Davison said: “We’ve recognised that there is an increasing trend for people wanting to manage their sugar intake and that’s why we have worked tirelessly to create a Cadbury Dairy Milk bar with 30 per cent less sugar which stills tastes great.” 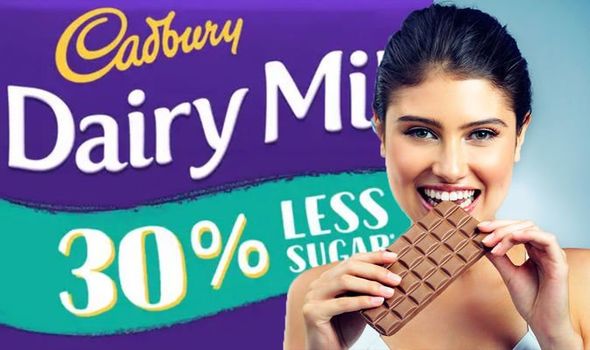 She added: “We are committed to responding to relevant consumer trends, and are always striving to offer chocolate lovers greater choice through exciting innovations and portion control offerings.”

A team of 20 scientists, nutritionists and chocolatiers worked at the firm’s Reading and Bournville facilities to cut the sugar content down for the new bar.

The company announced its plan to sell the new bar last year, a month after the Government unveiled the second phase of proposals to halve childhood obesity by 2030.

At the time, Glenn Catonsaid the new bar’s reformulation was a “trade secret”.

“It tastes very, very close to the original but a little less sweet,” said Caton. “It’s been tested extensively on consumers and they love it.”

The company also revealed plans for the next two years to release its Cadbury Boost+ Protein bar with 32 per cent less sugar, 30 per cent lower sugar versions of its Maynards Bassetts Wine Gums and Jelly Babies products and a line of its BelVita breakfast biscuits with 40 per cent less sugar. 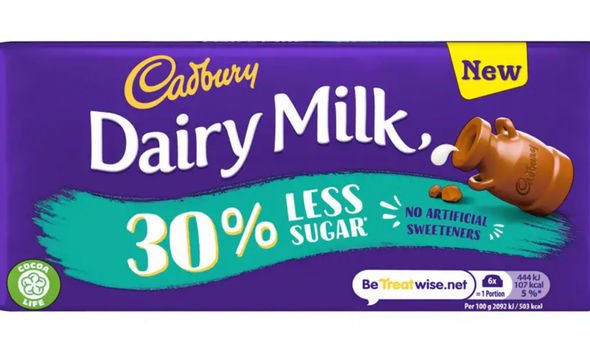 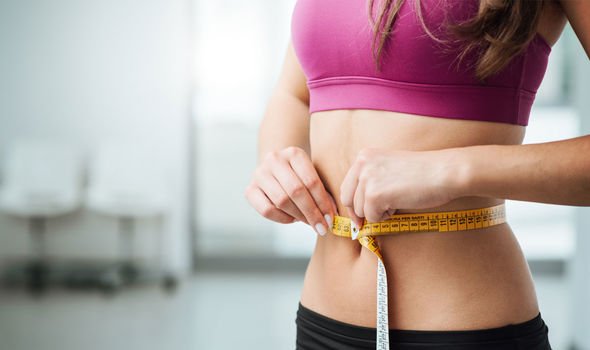 “Taking sugar out of our products isn’t easy and will take time,” the company’s president said.

“Ultimately they are treats and people expect them to taste great, but we’re working hard to find innovative solutions that provide more choice without compromising on their world-renowned taste and quality.”

It was recently reported supermarkets are fuelling Britain’s obesity and Type 2 diabetes by failing to ban sweets.

In January, the Department of Health and Social Care launched a 12-week consultation on whether there should be more restrictions on how retailers promote food and drink high in fat, salt and sugar.

Paul Evans, at School Health UK and the British Obesity Society, said: “It is plainly clear that supermarkets have given up on their pledge to tackle the nation’s issues with obesity and diabetes.”

He continued: “By placing chocolate and sweets close to supermarket checkouts they know that parents are more likely to give in to ‘pester power’ and impulse buys, in what amounts to a blatant ploy to squeeze every last penny from cash-strapped consumers.”