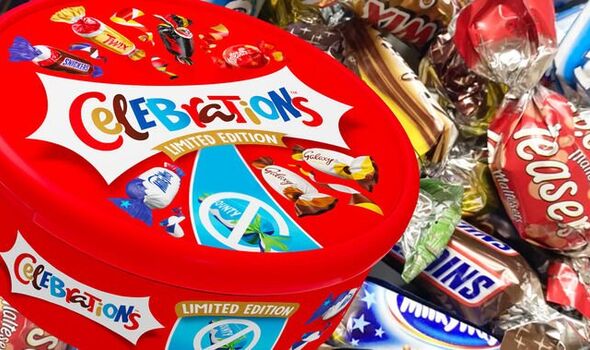 Christmas isn’t Christmas without a tub of chocolates to pass around the family. But, are you someone who actively avoids the Bounty in a Celebrations tub? Well, good news, Mars Wrigley has today announced that Bounty’s will be removed from an exclusive run of Celebrations tubs this festive season.

New research released today reveals the smooth coconut filled chocolates are a national cause of division, with 39 percent of Brits wanting to banish them from Celebrations tubs altogether.

In response to this, the confectionery brand has teamed up with Tesco to trial a new initiative of No Bounty tubs ahead of the festive season.

For a limited time only, from November 8, customers in selected stores can exchange tubs bought in-store that day with a new No Bounty Celebrations tub.

This is a business trial to see whether or not the Bounty deserves to be included in the Celebrations tub altogether.

As for what will replace Bounty in the limited-edition tubs, extra Mars, Snickers, Milkyway, Galaxy and the all-time favourite – Maltesers, will make up for the missing Bounty’s.

As for why Mars Wrigley is offering customers No Bounty tubs, data reveals 18 percent of Brits said they would feel irritated if they opened a Celebrations tub to find only Bounty’s were left, and a whopping 58 percent said this would lead to a family argument.

The study, which polled 2,000 Brits aged 18 – 65, also revealed that 22 percent of people surveyed like Bounty the least out of all the chocolates in the Celebrations tub.

Moreover, a hard lined 28 percent of us believe that coconut does not belong in a chocolate bar at all.

But it seems that taste in chocolate is a serious matter for Brits, as 42 percent of those polled admitted they have rowed with friends or family because of it, and 18 percent would even go as far avoiding romantic involvement with someone whose tastes differed to their own.

This isn’t the end for Bounty because the research also showed it’s the tub-favourite for a proud 18 percent of coconut-loving Brits, with a further one in five (20 percent) even admitting they shyly keep their love of Bounty chocolates to themselves.

Furthermore, the study shows it is a more mature palette that craves the coconut chocolate most, with 38 percent of over 55’s choosing it as their favourite.

This year’s No Bounty Celebration tubs follow the brand’s successful ‘Bounty Return Scheme’ in 2021, which encouraged Bounty haters to return their unwanted chocolates and swap them for more-loved Maltesers after the Christmas period.

Emily Owen, Mars Wrigley’s Head of Celebrations Festive Cheer said: “Christmas is the time for giving – but it seems this year, the British public are keen for us to take away…Bounty.

“Last year, we gave customers the opportunity to return their unwanted Bounty chocolates.

“Now, off the back of public demand, we’re trialling taking them out of the tub altogether. You don’t know what you’ve got until it’s gone!

“And to those loyal (and secret) Bounty lovers out there, there’s still a chance they’ll make a return after the trial.”

The trial is rolling out across 40 Tesco Christmas Market locations.

The Market roadshow kicks off at Baguley Extra in Manchester on November 8, making its way down South to finally close up shop on December 18 at Gallions Reach Extra in London.