Lockdown measures mean restaurants and cafes remain closed across the globe and more people than ever are trying to recreate their favourite dishes at home. Bread and butter pudding is a delicious dessert made with bread, raisins, flaked almonds and cream.

According to former royal chef, Darren McGrady who was a private cook to Princess Diana and the Queen, the late Princess of Wales had a soft spot for his bread and butter pudding.

Mr McGrady has his own cooking blog (www.theroyalchef.com) and YouTube channel and regular shares recipes with fans.

Mr McGrady worked in the palace kitchen’s for 15 years and knows how to cater to the select royal palettes.

According to Mr McGrady Diana was such a fan of his bread and butter pudding that she would sometimes sneak into the kitchen while he was preparing it and snack on raisins while they chatted. 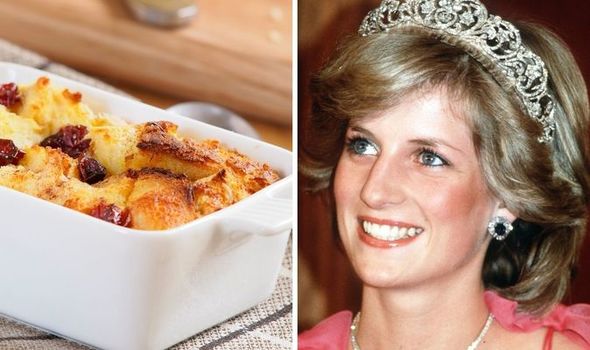 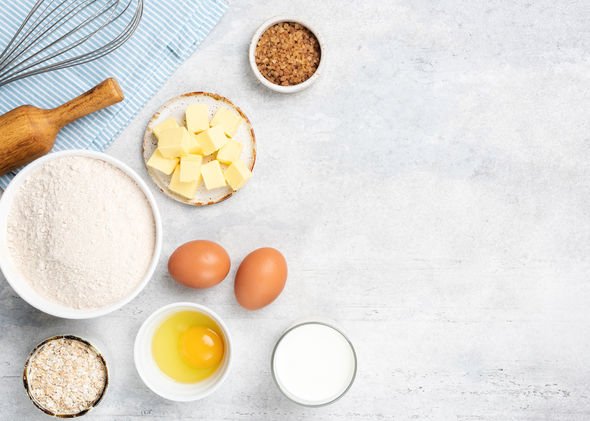 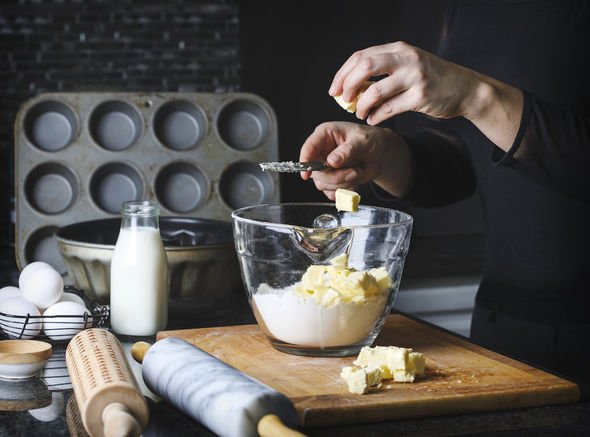 How to make Princess Diana’s favourite bread and butter pudding

2 slices of white bread ( 8 into triangles, 4 into cubes)

4 tablespoons of Amaretto or Cointreau

1 oz extra caster sugar (for the top of the pudding)

1. Soak the raisins the night before in the Amaretto and cover with cling film.

3. Grease a 3-pint dish with butter

4. Remove the crusts and butter the bread

5. Whisk the egg yolks and the 6-oz caster sugar in a bowl together

6. Split the vanilla pod and put in a pan with the milk and cream, then bring to a simmer and pour onto the egg yolks, stirring all the time

7. Remove the vanilla pod, scraping the seeds into the custard and discard the pod

8. Cut a quarter of the bread into 1/2-inch cubes and place in the bottom of the dish. Then top with the raisins adding the juices, too.

Finish with the remaining bread cut into triangles and arranged on top of the fruit. 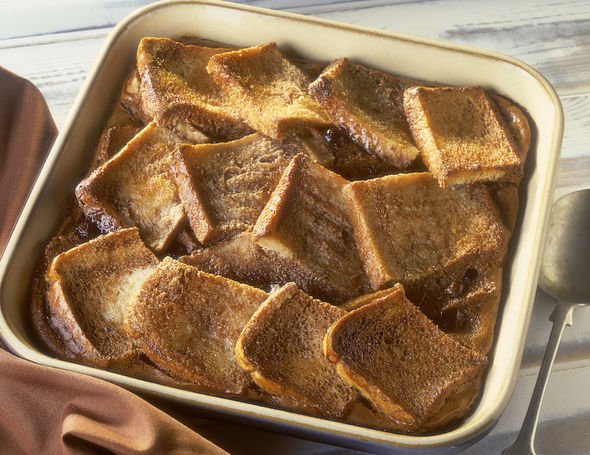 9. Pour the warm egg mixture over the bread making sure all of the bread is coated.

10. Leave to soak into the bread for 20 minutes

Cook for about 30 minutes.

It will only set like custard because you’re using egg yolks and no whites.

12. Remove from the oven and roasting tray and sprinkle with the extra sugar. Then put under the grill until the sugar starts to caramelize.13. Sprinkle with the toasted flaked almonds and dust with icing sugar.