Anton du Beke shared his secret baking tricks as he joined This Morning presenters Eamonn Holmes and Ruth Langsford on Friday from his home in Buckinghamshire. The Strictly Come Dancing professional may be known for being fit enough to do the quickstep, but he’s also a trained baker. The star even had his own cooking segment on the show last year called Anton du Bake, but on Friday he joined through a video link to reveal how to make a cherry Bakewell cake.

Swapping his dancing shoes for his chef’s hat for Friday’s This Morning show he demonstrated a masterclass on how to make the perfect Bakewell cake, a twist on the better known Bakewell tart.

A Bakewell tart is an English dessert that’s usually made with a shortcrust pastry shell and layers of jam, frangipane, and a topping of flaked almonds.

Eamonn asked if the difference between the two was obvious, and an amused Anton said dryly: “Yes. One’s a tart and one’s a cake!”

The Bakewell cake takes inspiration from the classic tart in its flavours, but uses cake batter rather than pastry. 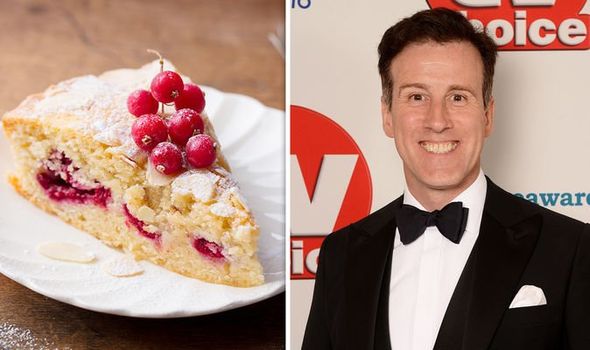 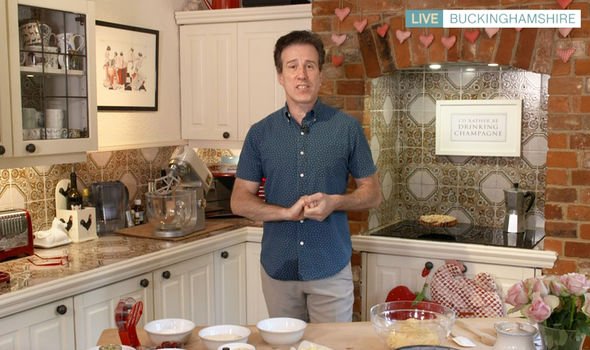 Anton said his recipe is super simple and easy to remember, as it uses 150 grams of each of the key ingredients.

As he talked the presenters through the quick and easy recipe, Anton revealed the secret to getting the perfect cake mix every time.

The Strictly pro said to always use warm butter when you’re baking rather than taking it straight out of the fridge, otherwise it just doesn’t mix right.

The star also showed off his latest gadget which he described as his “new favourite toy”; the chef used a cherry pitter or stone remover which takes away the pips in seconds.

Anton then went on to show viewers how to construct the perfect Bakewell cake, using a layering technique.

The celebrity baker took a greased and lined baking tin and spread a thin layer of the cake mixture on the base.

He then added scoops of jam before placing lots of cherries on top.

However, he and Ruth soon got into a heated exchange as Ruth told viewers that if they don’t like cherries they will be able to find other recipes on the This Morning website – with Anton shocked that his former Strictly dance partner would recommend other chefs’ baking ideas when he was on screen.

The pair laughed it off as being their “first row” after Eamonn had introduced Anton as his wife’s second favourite man in the world. 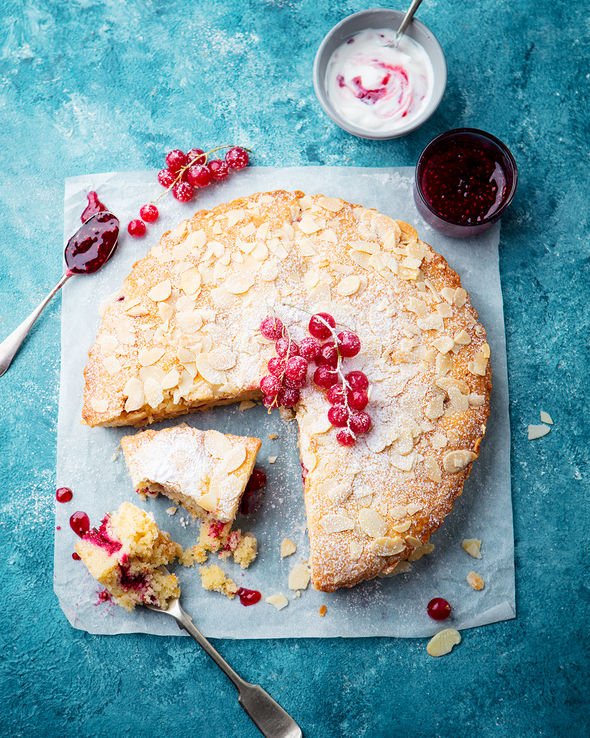 200g fresh cherries, pitted and halved and soaked in a splash of Amaretto

Using a food processor or an electric whisk, beat the butter, sugar, flour, ground almonds, eggs and almond extract together. 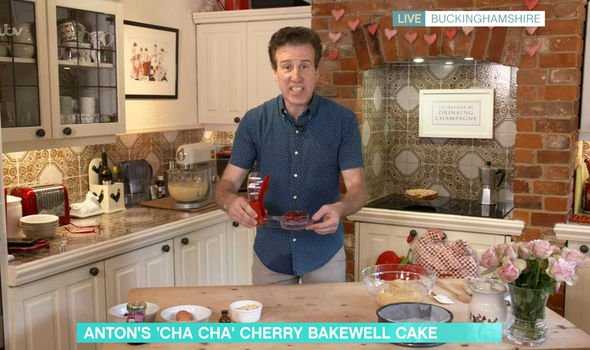 Spoon half of the batter into the lined cake tin and smooth it over.

Dot the jam, half a teaspoon at a time all over the batter and scatter over the fresh cherries.

Drop spoonfuls of the remaining batter over the fruit to cover it, if it’s a bit messy, don’t worry as the batter will spread as it cooks.

Scatter the flaked almonds over the top and bake for 45-50 minutes until well-risen and golden brown. Leave to stand for five minutes in the tin then remove by running a knife around, unclip and slide the cake onto a wire rack.

To make the icing, sift the icing sugar into a large bowl. Add the lemon juice and stir until smooth and thick. Drizzle over the cooked cake and stand for 30 minutes before serving.

The full recipe can also be found on This Morning’s website here.