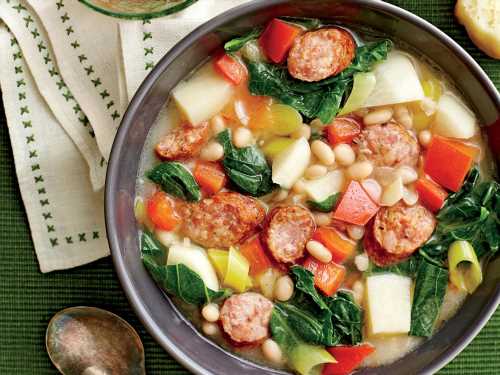 The days are getting colder, and that means bitter greens are about to come into season and make your salads, soups, and casseroles truly sing. Bitter greens don’t just provide flavor. They’re some of the healthiest vegetables around, loaded with the nutrients you need to get through the winter. Read on to learn about the most common types of bitter greens and the best ways to use them in your cooking.

If you’ve ever seen greens with jewel-toned leaves that seemed too pretty to eat, then you’ve likely encountered chard. Also known as Swiss chard, and beeg spinach, this vegetable is a hardy green that’s typically used in salads and soups. It’s especially rich in vitamins A, C, E, and K, as well as iron, manganese, magnesium, and potassium.

Chicory’s bitter taste goes a long way, especially when it comes to nutritional benefits. Although chicory leaves are cultivated to use in salads, they’re also a popular (and potent) medicine that aids digestive health, boost immunity, and lowers LDL cholesterol levels. Its roots are roasted and ground as a coffee substitute, a practice that dates back to the early 19th century.

Consumed for millennia, collard greens are now cultivated and eaten around the world. Their thick, abundant leaves are often braised or stewed and are associated with good luck in Southern cuisine. Collards are rich in vitamins A, C, and K as well as manganese, and even the water they’re cooked in contains nutrients.

Kale, also known as leaf cabbage, is a cultivar of cabbage that’s best known for its high nutritional value, but you’ve also definitely seen it as a decoration at a buffet. Like other leafy greens, kale is an excellent source of vitamins A, B6, C, and K, as well as folate and manganese. Kale is popular in salads, soups and stews, but it’s also commonly baked into chips and used in casseroles.

Mustard greens refer to the leaves of the Brassica juncea plant, whose seeds are used to make brown mustard. They’re particularly popular in African, East Asian, and South Asian cuisines, where they’re commonly braised, stewed, and fried, both with and without meat, as well as pickled. Mustard greens are especially high in vitamins A, C, and K, and they’re a fairly good source of calcium and vitamin E.

Turnip roots may be more popular than their leaves, but that doesn’t mean turnip greens are without merit. The bitter leaves become mild after cooking and are especially popular in Southern cuisine, where they’re treated like collards. Turnip leaves are an excellent source of folate, as well as vitamins A, C, and K.