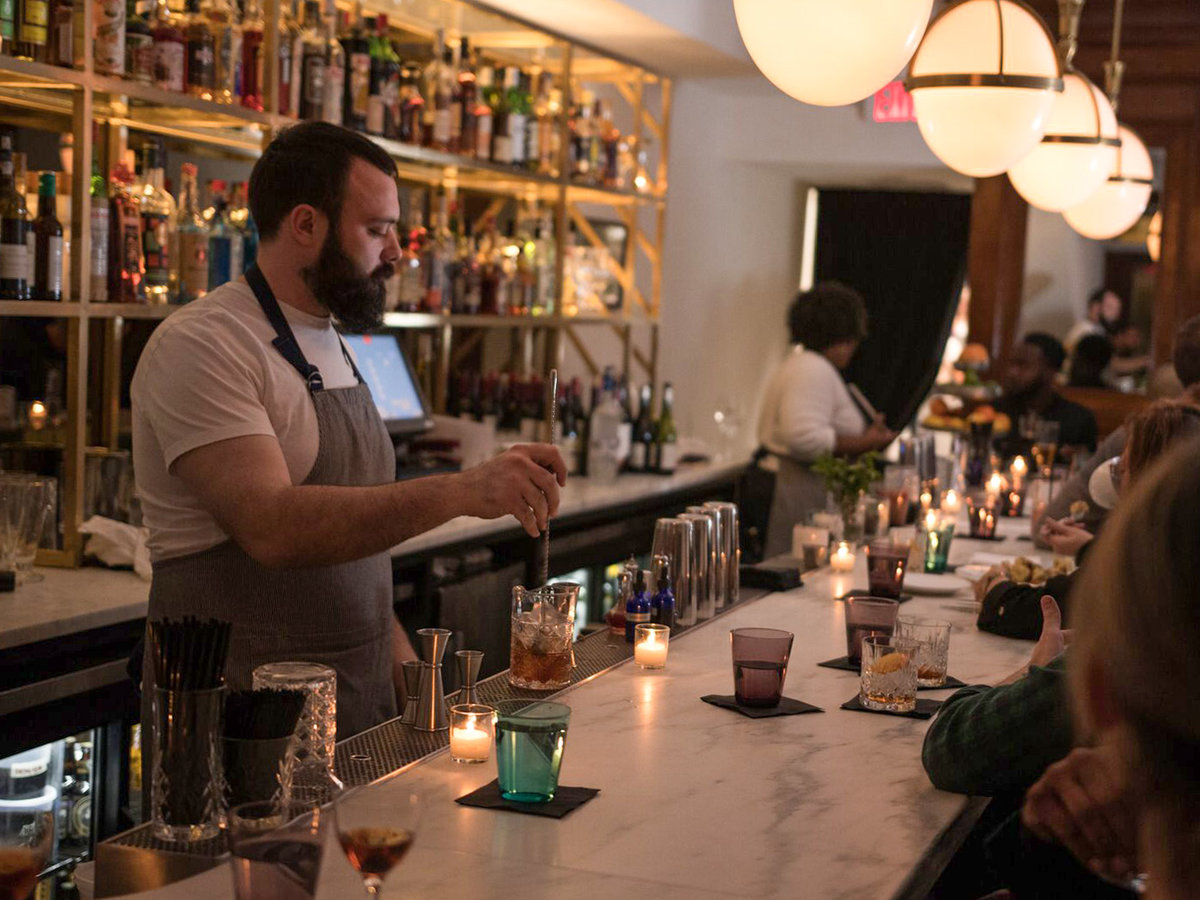 The Fibonacci sequence is a series of numbers that pop up everywhere, from nature—the spiral of a nautilus seashell, an unfurling fern, a head of Romanesco broccoli—to the masterpieces of artists like Leonardo Da Vinci. Now, thanks to a bartender in Philadelphia, the formula is also popping up in cocktails.

Paul MacDonald claims he’s not a math whiz, but while working on creating a new cocktail, the sequence he learned about in school came to mind. “I had an idea to make a cocktail out of five different fortified wines,” says the 29-year-old mixologist, who heads the bar program at the Rittenhouse Square restaurant Friday Saturday Sunday. “I was going for a booze-free cocktail with no distilled spirits in it, but with a diverse enough flavor profile that you could get all the flavors to stand out against each other and taste every one of them.” After testing different formulas, the one that ultimately worked turned out to be a Fibonacci sequence: one quarter ounce, one quarter ounce, one half ounce, one three quarter ounce and one ounce and a quarter.

The straightforward series of numbers in which each number (after the first two) is a sum of the previous two appears in Indian mathematics as far back as 200 BC, but was introduced to the Western world by the Italian mathematician Leonardo of Pisa in the twelfth century. While the it took a little while for the formula to ring a bell for MacDonald, he says it makes a lot of sense for building pure spirit-style cocktails. Traditionally, MacDonald explains for cocktail-making novices, there are a few different blueprints that encompass almost all the cocktails in the classic canon, including one of the most common, which is made up of two parts alcohol, one part sour and one part sweet.

“Classic cocktails tend to be linear,” he says. “It’s all about smoothing over the edges and creating a nice smooth flavor that follows a straight line from the front of your palate to the back.” Instead of a straight line, MacDonald’s new formula results in more of an angular profile. “You get the flavors of all of these different things that appear at different points in your palate. The project is really an attempt to structure the flavors in a cocktail in a fundamentally different way from any of those classic specs.”

It may be a bit early in the year for Fibonacci in Autumn, but today it felt just right (Cocchi Americano, Cappelletti Apertivo, Laird's 100, Green Chartreuse, and Amaro Nardini with a grapefruit twist).

MacDonald is quick to say the science of his new cocktail-mixing method may not be air-tight (“spirits, liqueurs and fortified wines are endlessly variable in terms of viscosity, bitterness and sweetness”) but it has served to kick-start his creative process. “For a lot of the cocktails in the classic canon, one big difference between the market that begat a lot of those cocktails in the 19th century and the modern market, is that we have a much bigger array of ingredients available to us.” He points to the classic tome written in 1862 by drink-mixing pioneer Jerry Thomas, in which his recipes feature the same spirits commonly used today, but, to MacDonald’s recollection, only two liqueurs: curaçao and maraschino, which the author uses interchangeably despite their different flavors.

“In the modern day, all the sudden we have this incredible proliferation of amari and other bitter liqueurs, sweet French herbal liqueur and new types of fortified wine that weren’t in the American market back then,” he says. “There are so many different flavors out there, not to mention housemade syrups and other things you can make.” With all this contemporary cocktail-ingredient bounty, it only makes sense that the classic canon of recipes get a fresh update with an entirely new formula.

At Friday Saturday Sunday, MacDonald’s cocktail menu is concise, with seven to eight drinks, including one from the Fibonacci series that changes seasonally. While the current menu features Fibonacci in Autumn, with Cocchi Americano, Cappelletti Aperitivo, apple brandy, Nardini and green chartreuse, next up will be one called The War on Christmas, based on an Icelandic Aquavit. (¼ ounce creole shrub, ¼ ounce Amaro Ramazzotti, ½ ounce Rainwater Madeira, ¾ ounce Cardamaro and 1 ounce and ¼ Brennivin Aquavit.) Taste one and never again question how math is relevant to your everyday life.