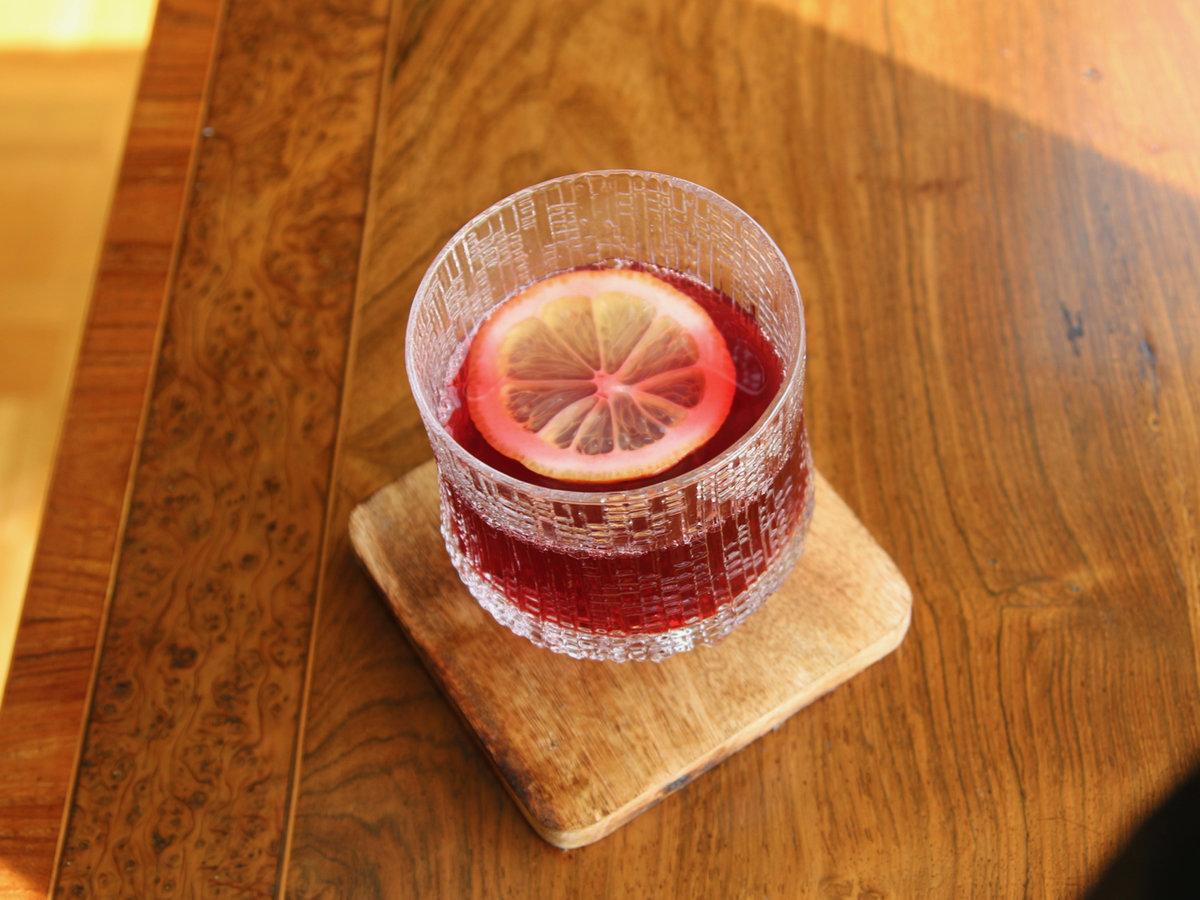 Winter: Officially not over yet. In these long, cold months, we’ve had more than our fair share of hot toddies. (Purely medicinal.) Still, at a certain point, you don’t necessarily want more whiskey—especially if what you’re really after is a hot, soul-warming drink, not a ton of booze.

Our newest discovery? Toddy-like hot drinks that go heavy on Angostura bitters. While Angostura is alcoholic—40% ABV, the same as most spirits—most drinks use such small amounts that the alcohol ends up being negligible. While “dashes” will vary depending on your bottle, our rough estimation is 40 dashes to an ounce. So even a drinks with five dashes of Angostura—and that’s a lot, you’ll taste it—has only an eighth of an ounce. (That’s 1/16th as much as a standard toddy.)

Going strong on the bitters gives you tons of flavor, and the satisfaction of a boozy, complex drink, with just a little bit of alcohol. So if, like us, you’re turning to toddies in lieu of a space heater, you can drink as many as you want.

When you’re making (almost) booze-free drinks, it’s important to use strong flavors to keep things from getting too dull; we use a lot of ginger here to bring out its aggressive bite. This does take a little while to make, but in the meantime it’ll fill your kitchen with ginger-scented steam — warming you up even before you get your hands on a mug. This recipe is for two drinks.

Instructions: Heat 6 cups of water in a medium saucepan until boiling. Add two pieces of ginger, each about 3” by 1.5”, peeled and sliced thinly. Let cook at a rolling boil for 10 minutes. Add two cinnamon sticks and let boil for 10 minutes more. (The liquid will reduce substantially.) Remove from heat, allow to cool a bit, then strain through a fine mesh strainer to remove ginger and cinnamon. Pour into two heat-safe glasses. Stir in two teaspoons of honey and 10 dashes of bitters per drink. If you like, garnish with a cinnamon stick and a thin slice of ginger.

Tart and a little sweet, with the complex spice of Angostura, this toddy almost reminds us of a mulled wine. Make sure you’re using 100% cranberry juice—the super-tart kind, made from cranberries and nothing else—rather than a sweeter juice cocktail.

Instructions (photo, top): Heat water in a kettle or microwave. In a heatproof glass or small mug, combine an ounce and a half of 100% cranberry juice, 1 teaspoon of sugar, and 6 dashes of Angostura bitters. Fill with 3.5 ounces of hot water and stir until sugar is dissolved. Garnish with a thin lemon slice.

We like Angostura in hot drinks. So it only stands to reason that we would also like a lot of Angostura in hot drinks — say, a full half-ounce. Add plenty of honey to sweeten it up, and a fragrant citrus-and-spice garnish, and you’ve got a drink that feels stiff and substantial, but with a quarter the alcohol of a more traditional whiskey toddy.

Instructions: Heat water in a kettle or microwave. In a heatproof glass or mug, combine 2 teaspoons of honey, and 20 dashes of Angostura bitters (or pry off the top of the bottle and measure out half an ounce). Add eight ounces of hot water and stir until honey is dissolved. Garnish with a piece of star anise, and an orange peel studded with cloves.