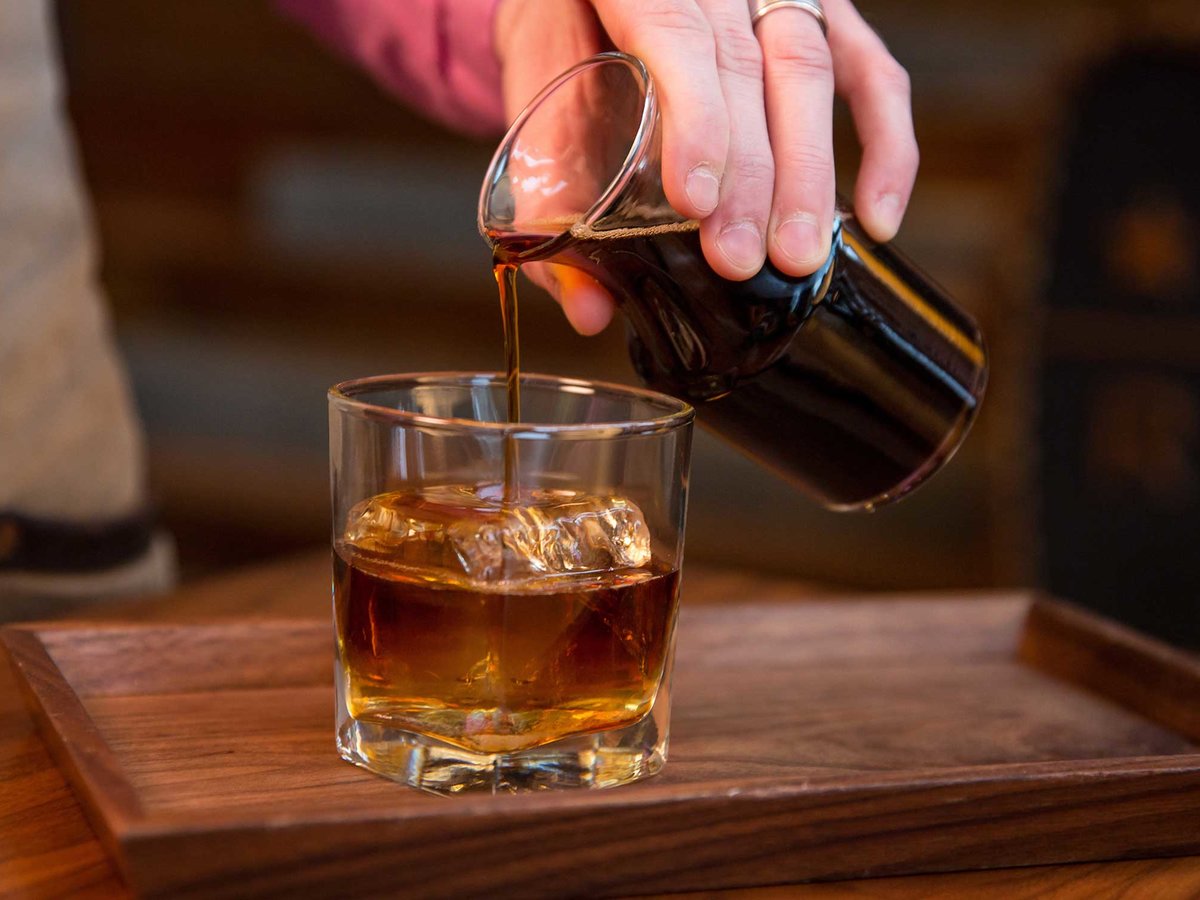 It’s cold outside. The winter months typically mean my apartment’s pipes will blast heat, rendering my New York City apartment a balmy 87 degrees at least. However, for the past couple weeks, due to broken boilers and malfunctioning chimneys, the temperature in my home has been about the same both indoors and out. Pair no heat with a holiday break from work and no time was inappropriate to start drinking. That could only mean one thing: whiskey in coffee.

Whiskey in coffee warms the body like an internal space heater, but unlike its cousin the hot toddy, it still keeps you alert—it is the morning, after all. And during my days of cold-induced hibernation, it was exactly the fuel I needed for what eventually became a 24-hour Gilmore Girls marathon under about six blankets.

While I don’t tend to sweeten my usual morning cup of coffee, the spiked version is infinitely improved by a little sugar. But before you rip open those packets of raw sugar you stole from Starbucks, think more like Buddy the Elf and reach for the maple syrup.

Maple syrup works like a dream in cocktails, particularly those led with whiskey. So it may come as no surprise that when you add coffee to the mix, you’re setting the stage for a truly delightful experience. Here’s how it’s done: Mix 1 or 2 ounces of your favorite whiskey and 1-2 teaspoons of Grade B maple syrup into 1 cup of hot coffee. If you crave a creamier coffee, skip your usual splash of milk (or almond milk, or creamer) and top the cup with a sizable scoop of softly whipped cream. Repeat as needed.

Looking to change up your spiked coffee even more? Instead of whiskey, try an ounce of two of a sweeter amaro like Averna. Though technically a bitter liqueur, Averna is smooth and herbal, which makes it a welcome addition to coffee. For this version, you may want to use a bit less syrup, so taste and adjust the ratio accordingly.