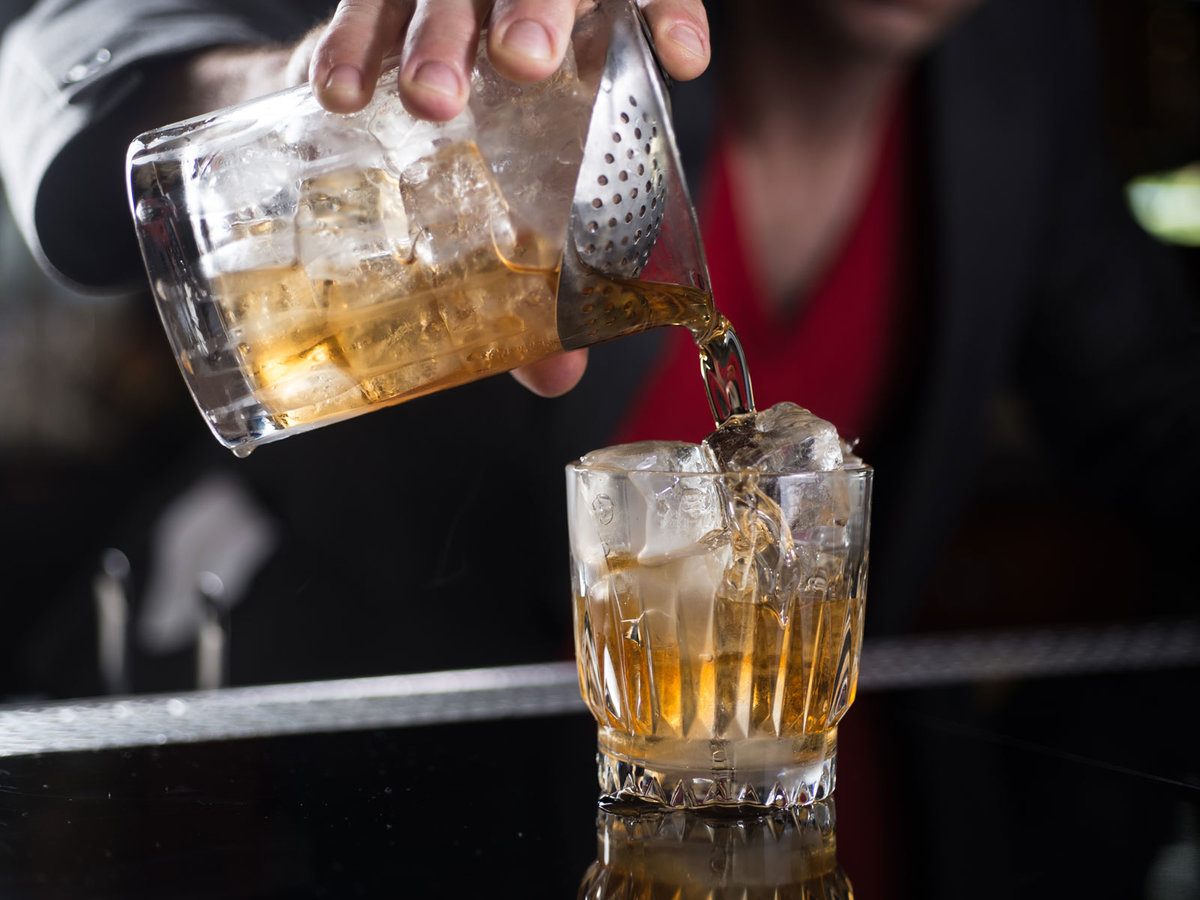 You wouldn’t necessarily guess that one of the best cocktail bars in Los Angeles is attached to a Best Western, or that its old-timey airport bar aesthetic is completely delightful, but here we are, at MiniBar in Hollywood. The menu features eight thoughtful cocktails, organized by glassware on the menu. Jeremy Allen, a sommelier and MiniBar’s head bartender, spends a lot of time thinking about cocktail menus. (Don’t we all?) Here, Allen breaks down the qualities that make a restaurant or bar’s cocktail menu truly successful.

“There are a lot of drink menus out there today that are filled with super-obscure liquors and ingredients, and you never know what you’re going to get,” says Allen. “Find out what people want and make it easier for them to get it.”

One of the bar’s most popular drinks, The Bernard, is an ode to this ethos of simplicity; it’s just a perfectly balanced martini. “It’s the one that people say we don’t order martini from anywhere else,” he says. “It’s clean and simple and fits the bar perfectly.”

The menu has to make sense for the place. “At MiniBar, it doesn’t really make sense to have a flaming tiki drink served in a mug,” Allen says. “But any of our bartenders have made those drinks and are capable of doing it.”

Rather, the menu meshes with the bar’s vintage aesthetic.

“We have a drink called Regal Beagle Twinkle Toes, named after the neighborhood bar in Three’s Company. It’s a wink at an outdated nickname,” he says. “You gotta know where you’re at, and have it make sense.”

“It doesn’t need to be super crazy long,” Allen says. “There’s still room for people to be creative and play around, but it doesn’t need to be a 16-page list of cocktails with drinks from every era. But if you’re in a bar that’s a temple to a cocktail, sure, you may want an encyclopedia and a history lesson.”

Sometimes the impulse to do something flashy—and show off a bartender’s extensive skill or training—gets in the way of a drink’s deliciousness.

“Take the ego away from the stars behind the bar and return the focus to the customers,” he says. “I wanted to have a drink menu that reaches out to everyone, but I’m not going to get upset if someone never opens in the menu. If I have a person who’s been coming here for years, it doesn’t upset my ego that they haven’t read every little clever joke on our menu.”

He believes cocktail menus should be approached a bit more like food menus, organized by category rather than dumped onto one long list. “If you’re in the mood for a sandwich, you don’t read every single soup,” he says. “If you want a pasta, you go to the pasta part of the menu to read that. Sometimes I think drink menus could be easier for people to find their zone.”

At MiniBar, the drinks are organized by glass shape, but there are other ways to approach formatting (type of liquor, seasonality, flavor profile, etc.)

“Think of appetizers vs. dessert,” he says. “If all that was flopped onto the menu, and it wasn’t labeled. I mean, you can figure out that if it has chocolate and hazelnuts it’s a dessert, but you shouldn’t have to read all the desserts if you’re not in the market for dessert.”