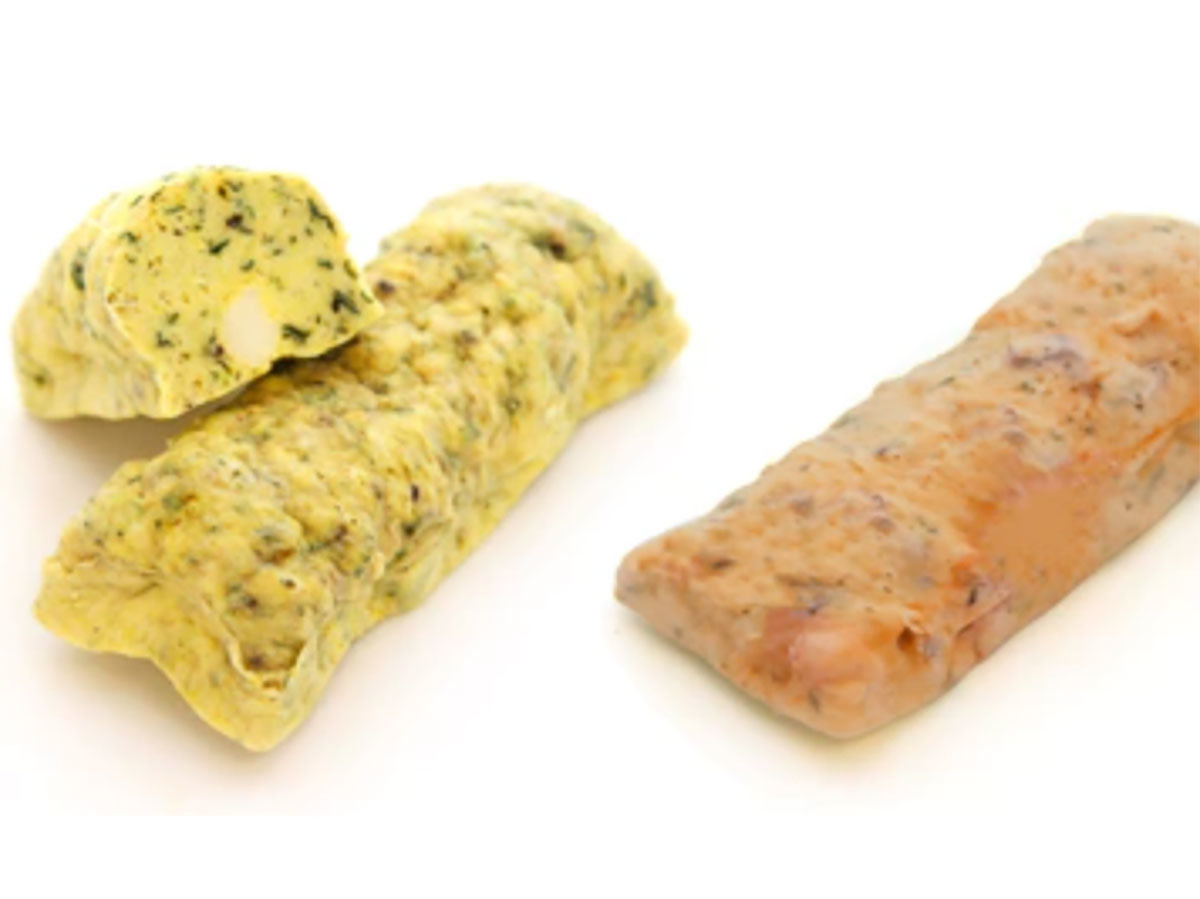 We’re still far away from the good stuff: the flying cars, the molecular transporters, the dehydrated pizza. But at least we have omelet bars. Straight from the loins of Kickstarter come Scramblers, the “anytime/anywhere, KETO-friendly, clean-label, shelf-stable, delicious & nutritious breakfast bar.”

That’s right, an entire omelet in an ergonomic breakfast rectangle. What a time to be alive. Made from totally organic, transparently-sourced ingredients, each Scrambler is mixed and heat-sealed in an air-tight tray and cooked to perfection. When you want to eat one, pop it into the microwave and shove it down your food-hole.

By no method other than black magic, Scramblers are able to withstand a staggering 12 months on the shelf without refrigeration or chemical preservatives. Lookin’ at you, doomsday preppers!

So, how did a breakfast bar of this magnitude enter the culinary scene? You can thank a company called Chew for that—a team of “chefs, scientists, and inventors that don’t believe in impossible and don’t care about how things ‘should’ be done.” The Scramblers team partnered with Chew and spent more than two years figuring out a way to outwit science and provide a way to give the people what they want: a hand-held, shelf-stable omelet.

With less than a month left of the Kickstarter campaign and only $4,000 left to go, these crazy SOBs actually have a shot at making Scramblers happen. So, donate now if you’re one of the 12 people in the world who despise eating omelets off a plate and need them to be handheld. Pro-tip: if you give $600, you get a Scramblers-themed party for you office with “Scramblers bars, coffee, and snacks from friends of Scramblers to fuel your team the rest of the day.”

Be bold. Be different. Eat an omelet out of your hand.